12 Questions to ask yourself for launching a successful ICO 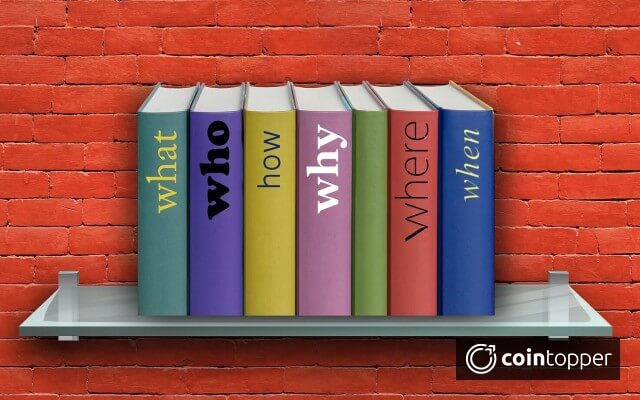 Are you worried about your upcoming ICO launch? Or are in a FOMO some important specs regarding the ICO launch? Well, nothing to worry. We present to you some key questions that you must consider before launching an ICO and make it a great success too.

The below list has been a handy guide to us for many of our clientele. These questions will strengthen your confidence for the ICO launch and also will answer any questions you might have in your mind regarding the investment plan as per your smart contract definitions. Let's go through each one below:

1. What is your Core Concept of building a blockchain based solution?

- What exactly is your product and how blockchain is solving the specific problem of the market in which you're about to launch your product?

- Information regarding the naming conventions and symbol of the tokens to be launched along with the number of tokens that will be made available.

- Defining the functioning of the ICO is very important. There should be a clear writing on how the ICO is going to be taken forward post the sale end. For example: Should there be any additional emission of tokens or they must be frozen after the specified amount of tokens has been sold out.

4. Pre-ICO conditions to be specified

- Some parameters have to be defined for the Pre-ICO sale such as: Enabled: trueLength: , Discount: -x% , Minimum token purchase: x, Tokens to be sold: ?? ,Refund if fail: No/yes ,End condition:After x months, -5% discount ends , After all tokens sold, ICO ends and many more based on your product.

6. Do you have the ICO Whitepaper ready with all the required information?

- The whitepaper is a primary document for any individual to invest in your ICO. Every clarification and all the information about your product and the roadmap of the funds collected should be clearly mentioned in the whitepaper.

- An obvious answer to this would be - when a minimal amount to get something done in the project that you've put up is collected. But it's equally important to consider the return process in case you don't reach the minimum collection amount that is you'll return the funds to all the investors who have taken part in you ICO.

- It's optional to have a max cap set. You may set the maximum bar if you don't feel the need to have more money than a certain amount or wish to skip that and have the excess collected funds of pre-ICO transferred to ICO phase or even beyond that.

9. When should the pre-sale and ICO start and for how long should it be continued?

- The pre-sale and the ICO can be started manually and doesn't necessarily have to be coded in the smart contract, but the smart contract must be ready for the ICO. Now, how long should it last? It depends on a number of factors and there is no any standard set of rules defined for the ICO period. It varies from company to company based on their marketing and development needs.

- Conversion rate indicates How much does the ICO/pre-sale token cost? This is decided by focussing on the amount of fiat money you need for your project as the prices of Ether or other altcoins(that you allow to trade for your ICO) may vary. You can also add more than just the simple pricing of the currency/token rate by planning rewards/bonuses based on time, tokens sold or other parameters.

11. How many decimal points do you want to track?

- You might want to divide your currency into smaller units and decide the number of decimals you want the currency to be split to. Or simply you can go ahead without splitting your currency.

12. Should the return process be considered if min cap is not reached by the end of the pre-sale or ICO?

- Ideally yes, give the invested ETH or altcoins back. You can encode the return process in the smart contract. Or there is also an option to carry forward the ICO for forever until the min cap is eventually reached.

Yes, what you're thinking is correct. I mentioned about 12 Questions only in title but here's one bonus question that's worth considering

13. Are there any other constraints?

- Generally, the basics and important aspects are already covered, however, there is one concept of lock-up, which means the acquired tokens are locked for a set time period and this is taken care by the smart contract. This is so that your investors or co-founders do not quit the project at the early stage and as they can't cash in the tokens, there won't be any unnecessary price decrease of the pre-sale or ICO tokens.
These are some of the prime questions to be addressed before you launch your coins. Any other queries/notes might be included for the ICO investors along with these, that you find relevant to your project. Feel free to add more questions in the comments below, we'll be happy to update the list!