Bitcoin vs Gold: Who wins? 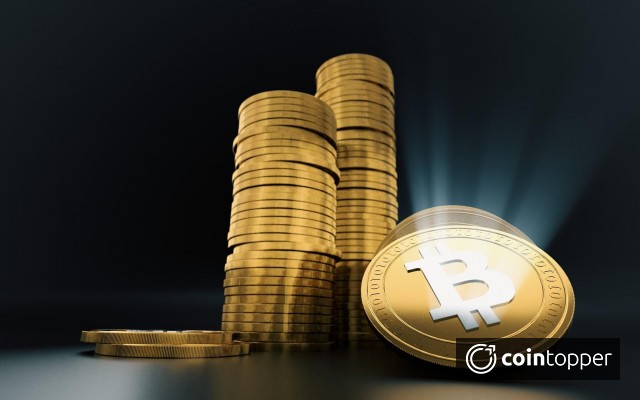 There has been a widespread curiosity and urge for the comparison of Gold and the popular cryptocurrency - Bitcoin after Apple's Co-founder - Steve Wozniak commented that he thinks Bitcoin has a higher standard of value than gold and also the U.S. dollar.
By giving hefty returns in a limited span of time, Bitcoin has gained much popularity among investors. Along with that, more and more people are flocking towards the digital currency due to centralization and dubious policies of the government. This has also resulted in the surge of Bitcoin investment.
Gold has been a strong store of value since the modern history's commencement. But Bitcoin has emerged now, as a challenging alternative to Gold. Seeing the volatile nature of their markets, both Gold and Bitcoin are highly considerate to occupy a stable place in one's portfolio.
Who will be winning the game of being the ultimate long-term store of value can be judged only through a side-by-side comparison of both, as given under:
- Mode Of Payment
For a limited number of transactions, Bitcoin proves to be a more convenient mode of payment than gold, anywhere in the world.
- Limited Supply
Hard Supply of Bitcoin is capped at $21 million and is known to everyone and also the exact amount of Bitcoin circulating in the market can be easily known. Whereas it's hard to determine the exact numbers of circulation as well as the supply cap for Gold and with the new policy of incentivizing the gold miners, the supply of gold is expected to increase in near future.
This transparency of Bitcoin discards the risk of unnecessary and unpredictable inflation giving Bitcoin an advantage over gold.
- Stability
Gold has an advantage here over Bitcoin, as it has proven itself to become a store of value for thousands of years now. Whereas Bitcoin is yet to be mass-adopted and tested as it's just nine years old currently.
Also, Gold doesn't depend on the internet connection for its operations making it accessible and transferable without having technological pieces of equipment.
- Ease of transportation and transfer
One thing Bitcoin has to support is the manner by which it can without much of a stretch be transported without worrying about the size of the amount.
Gold again is regularly transported in its physical shape or through a paper variation, which goes about as an IOU. Numerous individuals incline toward the digital arrangement over paper or physical weight as moving gold around the globe in a physical format remains very troublesome.
- Storage
Since a Bitcoin balance is stored in a digital format, it can easily dwell on a PC, smartphone, or even a hardware wallet of the size of normal USB drives. You can easily carry them along regardless of the quantity anywhere in around the globe.
However, storing a large amount of gold at home isn't safe. Many investors assign other people to have the gold stored for them, which again involves a huge amount of risk. Carrying gold along is quite inconvenient as it has some fixed allowance limits and also creates high possibilities of theft.
- Security
it's obvious that Bitcoins are more secure than Gold as it eliminates any third party involvement and being digitally stored, it cannot be faked which many times happen with gold.
Also, Bitcoins can't be confiscated by any government body but yes, Gold can be. It happened long back in the US history, where the government ordered to surrender Gold in exchange for money and coincidentally after which the USD devalued, drawing the people in hard losses.
Hence, it's evident that Bitcoin has a number of advantages over Gold which makes it a good placeholder for the long-term gains and putting your resources into Bitcoin, you have the certification that your funds won't be lost in the view of degradation.
Let us know your views on this comparison in the comments below and stay tuned to CoinTopper.com for more updates.