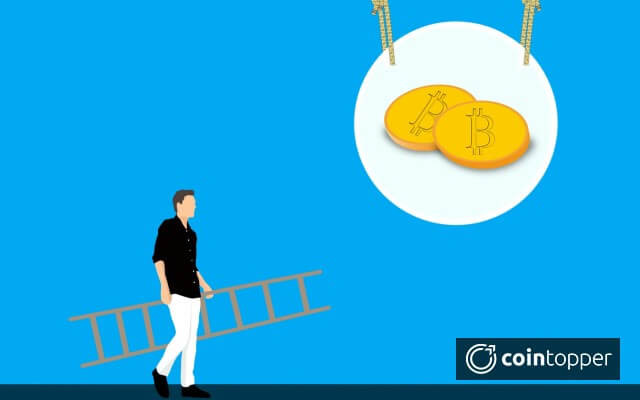 The most booming application of the Blockchain technology - Cryptocurrency, has been the ultimate talk of the town. It’s gradually becoming globally known but is still not exactly gotten to the people’s minds apart from the banks and governments, they are quite aware of the term and its functioning.

Some people equally from the tech and non-tech sectors have limited knowledge on the subject of cryptocurrencies and they often fail to understand even some fundamentals and this technology is new to this world.

So, without wasting any more time, let’s get to - What is Cryptocurrency?

In simpler terms, Cryptocurrency is a digital currency that uses different cryptographic techniques to verify the transfer of funds happening in a cryptocurrency network and also to generate the currency in a decentralized manner.

Cryptocurrency is not controlled or regulated by any type of bank, or by the government or by any centralized financial authorities so cryptocurrency relies on a power confirming the transaction. This makes Cryptocurrency - a decentralized system!

Now, time to understand the base on which Cryptocurrency runs - Blockchain!!

We hope you would’ve got the basic idea around the subject. But it's equally important to know - What are the ways to store and use cryptocurrency?

The exchange rate of cryptocurrency always fluctuates from time-to-time. Sometimes it may go up or it may go down. So to keep your cryptocurrency coin safe you need to buy a Cryptocurrency Wallet. Such wallets are secured by the unique key/code provided and stored as per the type of wallet you’re using. Moreover, such Wallets provide you with a unique address, commonly known as Wallet Address, from where you’ll be sending and receiving the funds.

These Wallets are one of the following types:

1. Online wallet:  In the online wallet, keys are stored online by the exchange platform.

2. Desktop wallet:  Some software like Cryptonator provide you to store and send cryptocurrency address.

3. Paper wallet:  Some of the websites provides you with a paper wallet, generating two QR codes on a piece of paper. One is for a public address at which you receive cryptocurrency and another one is your private address where it is for sending.

4. Mobile wallet:  Nowadays, we use mobile phones for most tasks such as: to make payment, to see coin price and etc.

5. Hardware wallet:  Ledger and Trezor are very popular as a hardware wallet. They are a very small device with the strong security to do a transaction between two parties.

6. Cold wallet and Hot wallet:  Hot wallet is connected to the internet or it can be said it is an online wallet. A Hot wallet is for regular use while on other hands Cold wallet is offline accessible wallet so that it is considered the safest wallet and to store for long-term holdings of cryptocurrency coin.

1. Bitcoin:  Bitcoin is the one and only, most famous coin and serves as the digital gold standard in the world of cryptocurrency. After 7 years its price has increased from $2K to whopping $17K and its transaction volume has reached more than 200.000 per day.

2. Ethereum:  Vitalik Buterin is the founder of Ethereum. Ethereum comes after bitcoin and other than Bitcoin its blockchain does not only validate a set of accounts and balances but of so-called states so, this means that Ethereum can not only process transactions but complex contracts and programs. It works on Proof-of-Work but soon it will move to Proof-of-Stake.

3. Ethereum Classic:  After the hack of DAO, an Ethereum based smart contract, developers decided to do a hard fork without consensus and it resulted in Ethereum classic.

4. Ripple:  Ripple may be less popular but it has owned its native cryptocurrency named XRP that has more about a network to process IOUs than the cryptocurrency itself.

5. Litecoin:  Litecoin was the first ever cryptocurrency to be tagged as a silver to the digital gold bitcoin. Litecoin is much faster than bitcoin with the new innovation of mining algorithm and a larger amount of coins.

Why should you opt for Cryptocurrency and get yourself going? Here’s the answer!

1. Easy access:  Cryptocurrency is publicly available so everybody can use it anytime. There are many projects that run on cryptocurrency where almost anyone can buy and sell it easily.

3. No third party:  You are the owner of your own money so, you can keep it in the wallet and use as per your wish. There is no third party involved in between.

4. It’s fast and cheap:  Transactions are completed in quick time at a very low fee as compared to other monetary transaction done online, like transactions made by PayPal and Pioneer.

6. Secure:  The NSA made cryptography guarantee that transaction stays secure with the goal that no individual aside from the proprietor of a wallet can make exchanges or installments from a wallet.

Every innovation come with two sides! Here’s the second side of Cryptocurrency-

1. Scaling:  The smart contract is designed in a way that there is a limit to the speed and number of transactions at a time. But with the Lightning networks, the cryptocurrency could replace credit card transaction one day.

2. Losing your wallet:  If you store digital currency in your system or mobile and if you lose it then there is no way to get it back. You can’t file any type of complaints against it. So, there are still many ways to keep your currency safe such as Cold Wallet, Ledger Nano, Trezor etc.

3. No way to reverse payment:  If you transfer some amount of money to someone by mistake, then there is no way to get back that missing money.

4. Not acceptable widely:  Not every but very few countries and companies accept digital currencies. For the cryptocurrency to get levels like international bank transfer and electronic payments, they need very smart and very scalable application need to be built for handling the wide scale of money transfer as well as micropayment services and with ‘Request Network’ is waiting to launch the mainnet.

5. Lack of knowledge:  People who aren’t aware of how to do a transaction, how to buy cryptocurrency or how to use cryptocurrency can be easily hacked and this technology is some complex and it could take some time to understand.

Yes, you’re right! After knowing all this, it’s obvious to have a thought about the potential future of Cryptocurrency. Here we try to help you find your answer:

Cryptocurrency is exciting because it offers a new way of spending and storing money. There is no need to share details of doing a transaction with the bank or with the government. So, this technology is new in this world and this decentralized economy is growing quickly and is on its path to replace the traditional financial transactions in the near future.

No one knows the future to the sharp point and you can only make a prediction about the future by the current trends and results. Only the coming time can reveal the realities.

Here’s what some famous personalities spoke about the Future of Cryptocurrency. It’s worth giving a read for a good support to your decisions of getting into this technology.

“Bitcoin is exciting because it shows how cheap it can be. Bitcoin is better than the currency in that you don’t have to be physically in the same place and, of course, for large transactions, currency can get pretty inconvenient.”

“When Bitcoin currency is converted from currency into cash, that interface has to remain under some regulatory safeguards. I think the fact that within the Bitcoin universe an algorithm replaces the function of the government …[that] is actually pretty cool.”

“[Bitcoin] is a remarkable cryptographic achievement… The ability to create something which is not duplicable in the digital world has enormous value…Lot’s of people will build businesses on top of that.”

“PayPal had these goals of creating a new currency. We failed at that, and we just created a new payment system. I think Bitcoin has succeeded on the level of a new currency, but the payment system is somewhat lacking. It’s very hard to use, and that’s the big challenge on the Bitcoin side.”

That’s all guys! This is the end of our very first post and we’ll keep posting more stuff of the Blockchain world and also the post versions of the Crypto understandings.

Stay tuned to CoinTopper.com and do let us know your feedback and suggestions in the comments below!