Difference Between Cryptocurrency Coins and Tokens 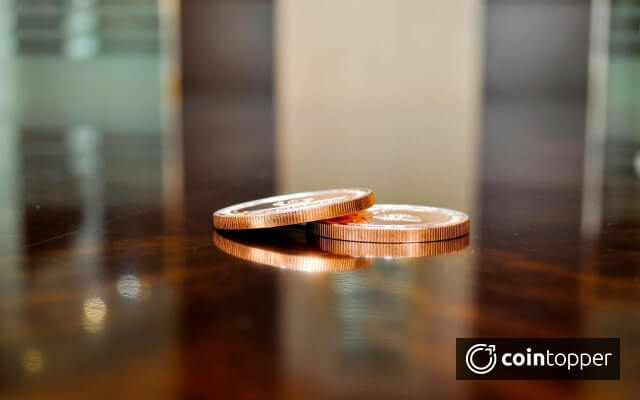 Cryptocurrency is a digital currency that uses cryptographic techniques to regulate its use and generate the currency by verifying the transfer of funds.

In the Cryptocurrency market, two terms coined largely are Coins and Tokens. Most of the non-tech people often consider these both as one term, which is not true. There are some important differences between them and to understand that, it’s imperative to know the terms thoroughly.

Let’s start with basics - What is a Coin?

A cryptocurrency coin is just the abbreviation of cryptocurrency. The first of its kind is Bitcoin - the most famous of all the altcoins that followed after. Altcoin refers to coins which are alternative to Bitcoin. The majority of altcoins are forked from Bitcoin as Bitcoin has an open-source blockchain where it can be forked to modify a new blockchain with an innovation. Some coins such as Namecoin, Peercoin, Litecoin, Dogecoin Auroracoin are all derived from the Bitcoin’s blockchain.

Apart from Bitcoin, there are many other cryptocurrencies which are popular, and they have created their own Blockchain and protocol that support the native currency. For example, Ethereum, Ripple, Omni, Nxt, Waves Counterparty. You can get all the information like its price, volume, changes, graph, market capital, etc here

Having understood the concept of COIN, below are some features of coin:


1.    Divisible:  Can be divided into smaller units of value.


2.    Acceptable:  Widely accepted (national and international) as a medium of exchange.


3.    Limited Supply:  Supply is capped and constant (compromised in some coins).


4.    Uniform:  All the version of the same denomination has the same value.

Now, that you know what exactly is Coin. It would be highly easy to know a Token

Tokens are represented as assets or utilities that are fungible (equivalent to each other) and tradeable. Creating token doesn’t need you to modify the code and create a blockchain from scratch while for creating an “Altcoin” or “Coin” you need to do so.

A token is issued to the public via Initial Coin Offering (ICO) and token require a platform such as Omni or Ethereum to operate. The list of existing tokens is very long and many of them are built on the Ethereum platform. There are some other platforms also available, such as , NEO, Waves, , Counterparty, Omni, and BitShare where tokens are created.

The creation of tokens is made using the Smart-Contract capability supported on the platforms and smart contracts are customizable code which is themselves executed without the need of any third-party innervation.

Initial Coin Offering (ICO) is similar to Initial Public Offering (IPO) for stock and the projects launching their ICOs give early chance to the investors to acquire the tokens in exchange of cryptocurrency. Usually, ICO’s are limited by time or the of funds raised.

There are multiple kinds of tokens that are created by the smart contract functionality on the top of the blockchain. These are listed below:

2. Asset Token:  It is a digital token that represents the product or physical assets. A great example is Goldmint. But the only drawback is the value of is determined by the value of the team they represent.

3. Currency Token:  A Currency token is the most popular these days. This token can be used to buy and sell goods.

4. Equity Token:  Because of SEC regulation Equity tokens is sought of prohibited. Just like a traditional stock, It implies control and ownership or in simple words, if you buy some part of an organization, so you will get some equity and share in profits.

For Example: If you are the owner of a car registered with Uber, It could hold the car to get a percentage of the money the driver makes, working with Uber.

5. Reward and Reputation Token:  This award is given as a marker of reputation or reward. This reward token is for those who do something extraordinary or in other words, rewarded for their efforts. A reward may or may not be tradeable. For example, Steemit on Steem network.

As you’ve mastered the concepts, it’s finally the time to move to the important differences shared by the Coins and Tokens.

Difference between Coins and Tokens - Coins Vs Tokens

Tokens and Coins are all regarded as cryptocurrencies that are responsible for verifying and securing the transactions. These type of transactions are validated on a public ledger and cryptocurrencies, in the form of coins and tokens are hosted on the blockchain technology.

The main difference between coins and tokens is in their structure. Tokens operate on top of a blockchain that facilitates the creation of decentralized applications while altcoins are separate currencies with their own separate blockchain.

Note: Investing in cryptocurrency might land you in a good profit but you must be very careful with any type of investment into cryptocurrencies because of its high volatile nature.

The positives from countries like and Japan are formulating different types of cryptocurrencies which are helping in making people understand about various cryptocurrency projects.