A Beginners Guide to NEO cryptocurrency 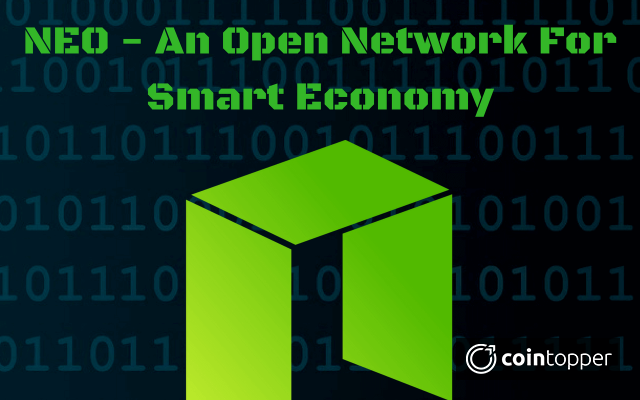 NEO is basically a blockchain platform which was invented in China. It is also known as “China’s Ethereum”. NEO started as AntShares in the year 2014. It was founded by Da Hongfei and Erik Zhang. In 2017, this new blockchain got its name as NEO.

It is a pre-mined coin which means that it cannot be mined. There are 100 million in total that exists right now.

Before moving further, I would like you to know about Blockchain.

Blockchain allows the distribution of digital information but, no one can copy it. Imagine, it’s that safe!

It was originally invented for the use of digital currency, but the tech community is finding more uses of it. Blockchain cannot be corrupted as it has no point of failure. It can run without any disruption.

Hope, you got some idea about the blockchain. Now let us discuss more NEO.

NEO, as we know, was invented in China. It’s a blockchain which was created with the intention of a smarter economy by bridging the gap between digital and traditional assets.

NEO:  depicts the ownership of NEO blockchain. They are used to manage the blocks.
GAS: makes sure that you can use the NEO blockchain. It allows transactions in the NEO system.

Why was NEO actually invented?

NEO was invented with the goal for a smarter economy.

Neo is targeting to be the platform for the new Internet like DApps, ICOs Smart Contracts.

DApps or the decentralized Applications are the blockchains enabled websites which run on a P2P network of computers. NEO’s development of more matured tools and techniques will support the development of DApps.

ICOs is a process in which funds are raised by attracting the investors looking for the next big crypto score by releasing its own digital currency.

How do they aim at getting a smarter economy?

DApps and ICOs are not the main targets of NEO. They target on Smart Contracts to attain Smart Economy.

The name “smart contracts” was given by a cryptologist and computer scientist, Nick Szabo. The Smart Contract developed by Neo is really progressive as you don’t need to learn a new smart contract language. NEO's Universal Lightweight Virtual Machine (NeoVM) has the advantage of high conviction, high simultaneousness, and high versatility for smart contracts in light of the blockchain.

Smart Contract is a process which allows you to exchange capital, shares, property etc. that is every sort of transaction in a transparent way avoiding the involvement of a middleman.

For example, You need to sell a car and someone needs a second-hand car. You match with the buyer and exchange. You sell the car to him and he buys the car from you. Yes, its that simple. All the settlement is automated and everything is on the record.

In addition to that, you get many other benefits of a smart contract. A smart contract is self-made. You don’t need to rely on anyone. You have to make your own clauses.

It is very trustworthy as all the documents are stored in the shared ledger. The data cannot be hacked or destroyed. It stays there forever. A backup is created which is stored on several computers. This data can be regained by its stored back up.

Another biggest advantage is the cost savings. A smart contract helps you to get rid of the middleman. Thus, you can save a lot. A smart contract is an innovation that is error-free. It avoids every error that can be made manually. So you get a hassle-free experience.

NEO means to change over customary resources into advanced ones utilizing smart contracts. These computerized resources will be decentralized and will be secured by law utilizing advanced testaments on the blockchain, which thusly, will ensure trust.

NEO will empower the formation of personality data of associations, people, and substances in an electronic frame. These characters will be usable by means of multi-factor verification systems, for example, facial acknowledgment, fingerprints, voice acknowledgment, and SMS.

code with the help of a smart contract.

The smart contract, as explained earlier is stored in the blockchain and gets activated according to the agreement. The NEO blockchain manages to digitize any asset which means that any asset in physical form can be digitized. The ownership of this represented asset can be distributed among any number of owners.

Smart Economy makes the trading of the assets instant. Because everything is recorded and there is a proper backup. There can be no trust issues. A smart economy also eliminates the role of a middleman. You yourself can write the agreement.

In economy, you have a digital identity. That does not mean a fake identity, in fact, it's more real.

NEO Market Analysis(Statistics at the moment of writing this article): 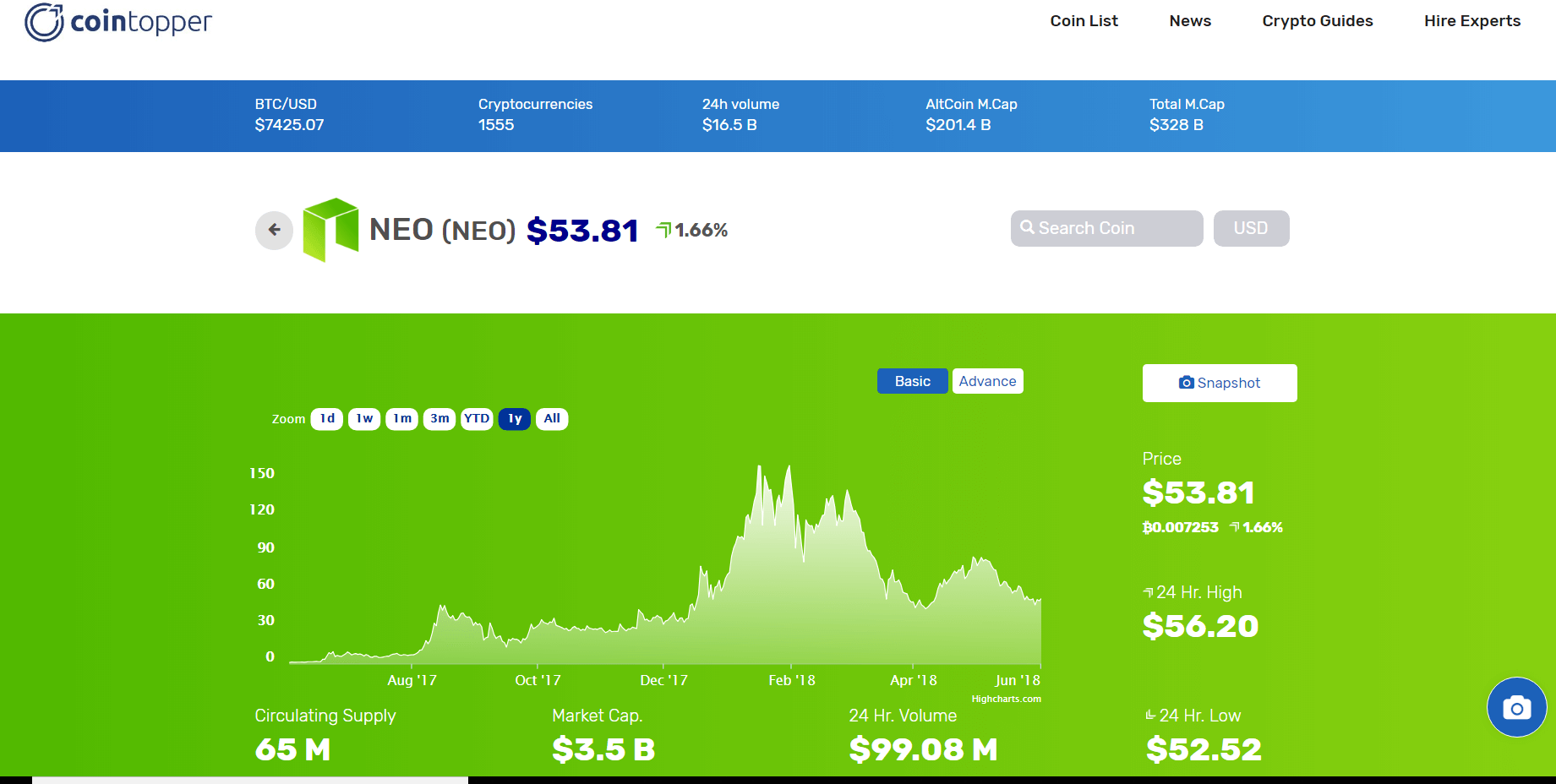 For more details on NEO coin visit www.CoinTopper.com/coin/NEO
and for other crypto updates, follow CoinTopper.com

I hope you got an insight into the “China’s Ethereum” NEO. Neo can be an act of revolution in the future as its main focus is on the Smart Economy. And everyone knows that Economy is the need of the hour.

Feel free to comment your views and thoughts on NEO!!