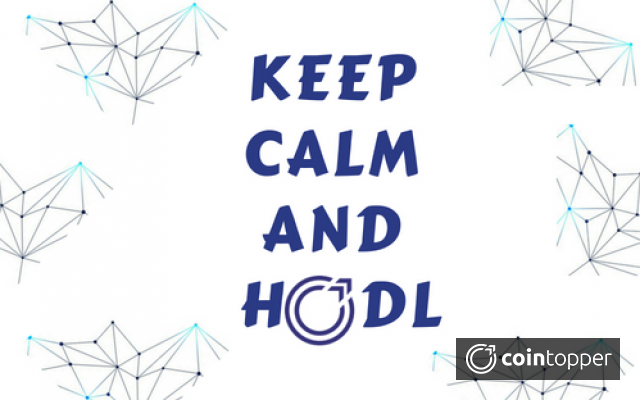 Cryptocurrency is at its peak these days due to the features provided by this digital asset as it doesn’t involve any third party vendor while processing the payments. Thus, We may notice the usage of few words very frequently, but those investors who are new to the market may not be aware regarding the usage of these words. They may be blank when these terms are used by people around them. One term among that is “HODL”

From where did the Term “HODL” coin ??

The term “HODL” is actually “HOLD” that got misspelled. Basically, this word got birth on the Bitcointalk forum in 2013 and it was used by one of the members named “GameKyuubi”. He used that word when he was writing the post regarding the loss in holding the BTC. Instead of mentioning “I AM HOLDING”, he mentioned, “I AM HODLING”. Though, it was a typo error because he was drunk while typing.

But, that is the day when this word become popular and it is basically used by those investors who are facing the market fluctuations which impacts the coin values they are holding. This term “HODL” represents that their investor believes that the coin will be in profit one day if not today.

That’s why this term got the description as “HOLD ON FOR DEAR LIFE”.  As it encourages its investors to resist till the market is not stable.

When is HODL used exactly??

The usage of this word was too high around last December and starting of January 2018 due to the unstable market conditions. This word has earned a considerate status as people mention #HODL in their comments on Twitter, Reddit, and other social platforms. As the months passed and the market was doing better than earlier, the usage of HODL decreased.

So, basically, this term prompts the user to avoid selling the Bitcoins or other cryptocurrencies when prices start rising. Not every investor or trader is good at trading, only a few of them know when to buy/sell and are smart enough to bear such kind of situations.

The Aim behind using HODL!!

The overall aim of using HODL is to Keep Calm and Hold On. In 2017, Bitcoin and Ethereum investors made huge returns on their currencies just because the investors were adopting the ‘HODL’ lifestyle. They refused to sell any of their Bitcoin at any cost in the past and later on, those were the only investors who saw huge returns.

Thus, most of the traders want to hold their currencies forever without even selling the penny of it and some investors follow the approach to make profits by selling on a periodic basis at regular intervals.

So, it all depends upon the investor's wishes to either HODL until the market goes up or sell immediately when the market is fluctuating.

This term makes sense when we're seeing the losses but can't take any action to overcome the situation and instead will wait until that phase passes as it makes the investor HODL on their currencies for the time being.

How is HODL impacting the overall crypto market?

Yes, this term impacts the overall market as the usage of this term gets affected as per the price fluctuations in the BTC. Thus, If we ask bankers why they hate bitcoin and Cryptocurrency, the only reason they mention is they threaten their business.

To avoid this, make sure to never stop learning and keep updating yourself every single day to make yourself aware. Instead of selling and buying the currency without good knowledge puts the investor in trouble which forces them to hold onto it if it’s not profitable or either sell at lower prices than the actual prices.

Start investing in Crypto, stocks, bonds etc. Take a step forward towards by learning about it first and then move ahead. “Don’t chase the money, let the money Comes to you.”

JUST HODL it, you never lose anything until you hit the sell button. Crypto is all about having patience. Until the investor has that, he can stay in the market. Once he starts losing it, he can no longer survive in that environment. Focus on what is coming.

Cryptocurrency is the emerging technology which provides the new direction to the digital industry but it requires a lot of patience.

So keep CALM and keep HODLING!!