What Are The Major Limitations And Challenges Of Blockchain Technology 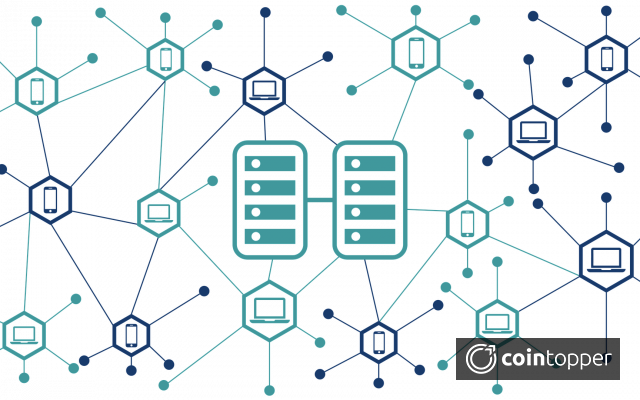 Till now, Everyone might have heard about the Blockchain Technology which is currently the most popular technology around the globe. It is a decentralized, open-source platform which uses the public ledger to record the transactions.

Basically, Blockchain is the increasing list of records called as blocks that are getting linked and would be secured using Cryptocurrency. It allows peer-to-peer transactions without any involvement of the third party and also it makes manipulation of data too difficult due to which it’s getting adopted by many of the investors. Also, they charge fewer transaction fees and transactions can be completed in less time as compared to the time taken by the traditional banking system to process the transactions.

Blockchain was invented by Satoshi Nakamoto in 2008 to serve as the public transaction ledger of the Cryptocurrency Bitcoin.

As we know, every technology has advantages but simultaneously also possess some limitations that need to be considered while using that technology. Though Blockchain came a long way and it has already started for mass adoption, but in some countries, they are still trying to make their place.

The Limitations of the blockchain technology are explained below:

Despite Blockchain's increasing popularity, still many investors aren't aware of all the technical terms and also there is no proper documentation which helps users to get detailed knowledge. Due to which, investors are unable to ask questions directly or get their doubts resolved.

For example, ICO i.e Initial Coin Offerings which are used to raise the capital using non-equity process is still not known to many.

As compared to the demand for Blockchain nowadays, the experts in this technology are quite a few. People are available in the market that can provide knowledge for the blockchain but they are not aware of the technical working of the system which is one of the reasons proving to be a blocker in its growth.

This is the one of the major limitation in the blockchain network as all the transactions performed on the network needs to be verified by each of the nodes. Due to which, the speed of processing transaction gets limited. Still, they are working on Distributed Ledger technology which is based on blockchain like Hyperledger Fabric to overcome the Scalability issues.

As it is distributed ledger, though identities are anonymous but still with the transaction patterns it is possible to link the user identity with that address and can get information about the user.

is the network of people. If more than half of the people become dishonest and get in favor of manipulation of data, then that lie becomes the truth which could be one of the major reasons for the complete network failure. So, they need to closely observe to avoid misusing the data and to ensure security.

Blockchain technology is not easy to understand by beginners as it involves a lot of mathematical calculations. It can’t be understood overnight as it’s a bit complicated industry.

Manual errors can lead to outdated log information or even create a mismatching data while entering the data into the database. To make sure the data entered is correct, that data needs to be validated. Due to which, the phrase ‘garbage in, garbage out’ is used in the context of the blockchain.

Let's move to the Challenges Faced by the Blockchain Technology...

Setting up blockchain for the very first time is very expensive as it is developed for the specific firm and therefore it is expensive to purchase or developing in-house. Also, after setting up, experts are required to fulfill the requirements and as we know demand is high but very few resources are available. So, organizations are paying high to hire the resources which are qualified.

Miners spend a huge amount of computing power to solve the computations via proof-of-work algorithm to verify and process the transactions making it highly Energy-consuming.

- Integration with the legacy system

is running on the latest technology due to which it’s too difficult to get it synced with older systems as those systems or software's need to be modified to incorporate the changes due to which overhead cost is increased to meet the blockchain requirements. Thus, it might take a lot of funds or human expertise and also it is a time-consuming process.

As mentioned before, Blockchain is a secure platform as transactions are visible only to the people on the network but still if the majority of people are in support of false practices, it can be an issue for the system. Thus, it is one of the issues which need to be reviewed by the blockchain community to avoid manipulating or misusing data.

Though many investors are started investing in blockchain still there's a long way to go for the Blockchain to be fully adopted by masses. Still, there are people in the world unaware about the usage, features and many more benefits of Blockchain, which they can get if they use this technology. Thus, to overcome such things, they need to take some strong initiatives to increase the awareness in the public of the blockchain technology.

Despite all such limitations and challenges, Blockchain stands Strong and with the increasing numbers of Blockchain adoption day-by-day, it's highly expected of the Blockchain-based future.