What is Blockchain? Everything You Need To Know About The Biggest Tech Revolution After Internet 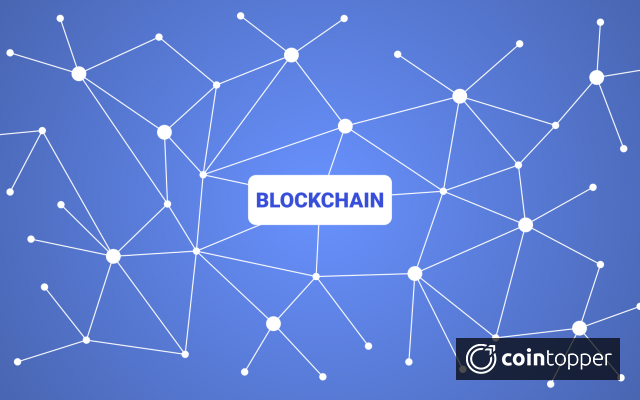 If there is anything that is trending currently, much higher than any other areas, it has to be Blockchain!!

is the term being excessively used by the financial and stock news channels these days. It is all because of the popularity and features which are being offered by this particular technology.

It is basically an open-source, decentralized platform where transactions are processed without the involvement of any intermediary or any third party vendor in between. These transactions are getting recorded in the common ledger which is accessible to all the people involved in the blockchain.

What exactly is Blockchain?

As we know, Banks are charging higher fees for processing transactions overseas and with the data being less secure as all the information is accessible to the banks regarding the sender and the receiver.

Hence, to overcome such kind of issues, Blockchain comes to the rescue. It uses Cryptocurrency as a reward for the people involved in the blockchain network. It is a peer-to-peer network which doesn’t require any third vendor to process the transactions.

How do blockchains work?

As explained by CIO, When a new transaction or an edit to an existing transaction comes into a blockchain, generally a majority of the nodes within a blockchain implementation must execute algorithms to evaluate and verify the history of the individual blockchain block that is proposed. If a majority of the nodes come to a consensus that the history and signature are valid, the new block of transactions is accepted into the ledger and a new block is added to the chain of transactions. If a majority does not concede to the addition or modification of the ledger entry, it is denied and not added to the chain. This distributed consensus model is what allows blockchain to run as a distributed ledger without the need for some central, unifying authority saying what transactions are valid and (perhaps more importantly) which ones are not. 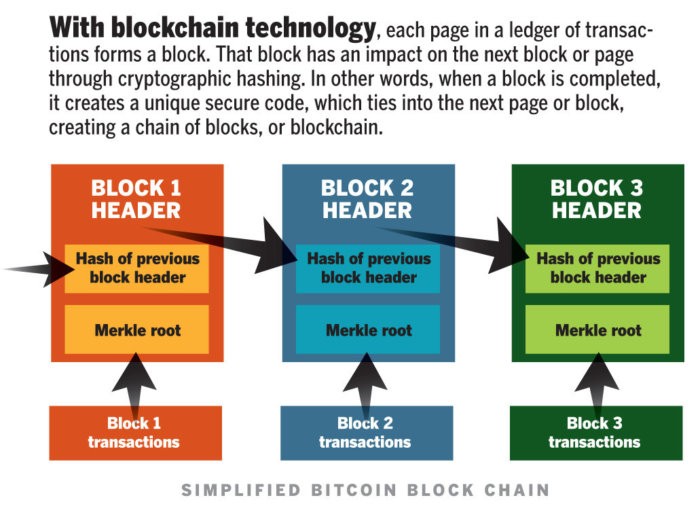 Some Real-time Use cases of Blockchain

Blockchain helps the real-time business to grow by providing a higher level of security of its data by paying the least amount of fees to perform their operations. Blockchain Technology can be leveraged in multiple forms and areas. It offers many real-time use cases out of which some are as under:

- For Processing Payments and money transfers overseas within seconds instead of days.

- Allows monitoring of the supply chains as it involves customers in the quality control check to let them aware from the process from the distributor to retailer.

- Allows Digital voting due to which customer can vote for the changes in the network which makes them feel the part of the network.

- It reduces the paperwork when you buy or sell anything such as land or car or anything as it kept all the data on the network which provides transparency of the data.

- As it is involved in the supply chain market, so it allows tracking the food items or pharmaceutical items from origin to destination which reduces the dependency on people.

Like the above ones, there are many other fields where blockchain is getting used and is being highly appreciated by the investors.

Blockchain Technology offers a number of benefits to the organizations - small or large scale:

- Faster transactions
Transactions can be processed in less time instead of taking a week or days without the involvement of any bank in between.

- Fewer Transaction fees
It is charging fewer transaction fees as compared to the banks for processing the overseas or cross-border transactions, which is one of the main reason people are shifting their attention to this platform.

- Fraud-free
As it uses the decentralized platform and common ledger system, so the chances of overwriting or manipulating the data are very rare which makes the data fraud-free.

- Accuracy
Data is validated on the blockchain via mathematical calculations and algorithms due to which data become immutable. So, there are lesser chances of human errors or any similar issues as such.

As we know Web 1.0, it was a read-only web. Then they came up with Web 2.0 which was the mediated read-write web. It raised the platform as a broker on whom investors could trust. But they had an issue with security and privacy and censorship.

Now, currently, Web 3.0 came into existence which is an unmediated read-write web. It allows peer-to-peer transactions between companies, anonymous entities or people.

Web 3.0 applies to the below-mentioned businesses:

As every coin has two sides, Blockchain also possesses a second side that we call - The Limitations of Blockchain. Here are some:

- Limited Scalability
As it requires for every transaction to be verified by their participating node, it limits the speed of transaction which otherwise can be processed within a short span of time.

- Privacy
All the transactions appear private but they share the public ledger in which transactions can be tracked and identity can be recognized.

- Unavoidable Security Flaws
If more than half of the users in the network agree to manipulate the data, then that 51% attack can become the reason for whole blockchain network failure.

- Wastage of effort
As blockchain works on a Proof-of-Work algorithm, due to which only one user who solved the calculations can be a miner in the blockchain and get rewarded but the efforts done by rest of the users in the network gets wasted.

- Complexity
It is a very complicated industry which cannot be understood and applied overnight as it requires proper knowledge before investing into blockchain.

With Web 3.0, so many projects are leading to the evolution such as Digital payments, Social media, Online advertising, Entertainment, Storage, Running the internet etc. With that said, there's certainly a wider crystal-clear picture of the Distributed Ledger Technology taking over the coming World.