What is Cloud Mining? Is it Profitable? 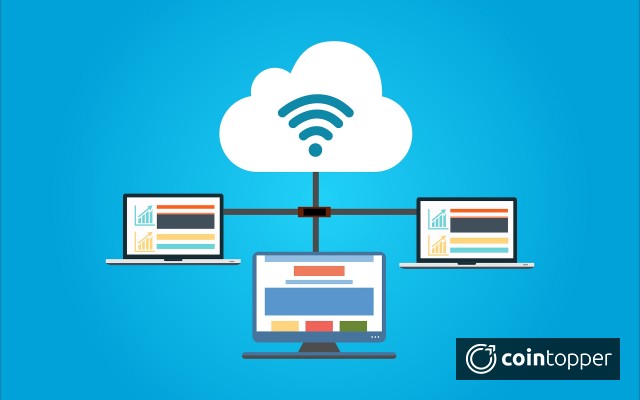 Cloud mining is too popular these days and is specifically adopted by those organizations that are opened at a lower scale with less initial capital. It allows the company to lease or rent out the servers from the cloud mining providers to make effective utilization of the people and resources in less amount of money.

As we know, so many start-ups are rising up every single day but their investors might not be strong technically or they might not be interested in investing that much money in hardware or software which they are not aware of the usage. Cloud mining helps to effectively reach out to such kind of investors.

What is Cloud Mining?

Cloud mining is the process mainly used to mine Cryptocurrencies such as Bitcoin, Litecoin, Ethereum etc. It performs the installation without installing the actual hardware by utilizing the shared power of the remote data centers.

It is a good source of outsourcing in the countries where electricity cost is too expensive such as Germany. Therefore, the cloud mining providers offer the short-term and long-term cloud mining contract plans to the investors at the cost paid via BTC (Bitcoin), PayPal, credit cards.

The Famous Company by now for Cloud mining is Genesis Mining which is a Hong Kong-based company but the founders are from Germany. It’s offering three different kinds of mining contracts such as:

How does Cloud Mining work?

To earn the coins, investors use Cloud. They simply communicate with the remote systems to get their work done through those remote data centers.

They generate the revenue from the hash power purchased. So, based on how much Hash power is rented out by the investors, they earn the share of payments from the cloud company, accordingly.

Cloud mining uses the Proof of work hashing. Under this process, miners have to find the solution and solve the puzzle to create the block. It ensures proper functioning of Bitcoin blockchain and they solve the cryptographic puzzle which uses the computational power.

New Bitcoins are only created via achieving the block reward.

Is Cloud Mining Profitable or not??

It is difficult to say that it is profitable or not as it depends on the organization goals. If the organization is only looking for earning BTC’s then it is of no use to mine. It is better to buy the bitcoins instead of mining it.

Also, there are so many fake organizations available which pretend to be the popular cloud mining providers, but in actual, they just run with the money invested by their investors. As it involves a lot of risks, people need to take good care while making a purchase.

Saving Electricity costs
Saving money
Less effort to arrange the hardware
Proper utilization of manpower
No need to set up labs to manage the equipment.

And the Disadvantages are:

High Chances of frauds as scam ratio is high.
Lower profits as they charge half of the bitcoins earned.
Network Disconnections or power crash.
Lack of control over the resources provided.

Now, Let’s get to the Types of Mining that can be carried out:

Hosted Mining
- Leasing a machine provided by the host available in the market who are maintaining the cloud mining sites.

Virtual Hosted Mining
- Under this, a virtual private server is created for usage and then it is installed in the organization’s own mining software.

Leased Hashing power
- It is the most popular method of cloud mining and used widely. Under this, amount of hashing power is leased without setting up the dedicated physical or virtual computer.

Most reviews out there have one voice saying that: Nowadays, frauds and scams are common in case of cloud mining as it requires a website setup without holding any hardware. They take the advantage of people by providing benefits in the initial stages and later on they will not pay out and run with all the invested money. To get profited from Cloud Mining, it’s quite important to perform enough due diligence before taking any action.

So we’ve reached the Conclusion...

In future, they are looking forward to the specialized hardware named as ASICs (Application Specific Integrated Circuits). It is the Bitcoin mining hardware which mines the bitcoins. Thus, Risk is the biggest factor to be considered when working with cloud mining either it’s today or in the future.