What is Dogecoin(DOGE) Coin? - Everything you need to know 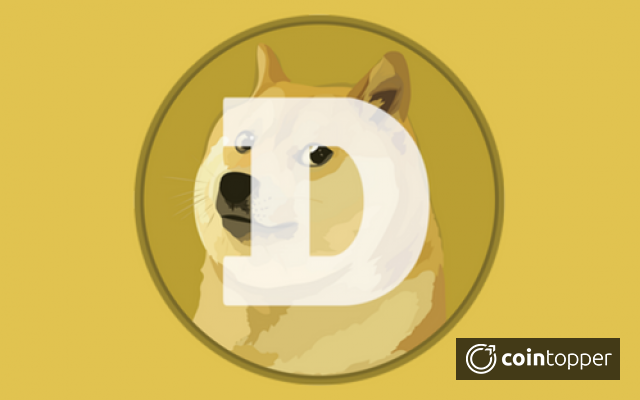 When people are talking about Cryptocurrency, there are lot many coins and currencies available in the market, worldwide. Few ones which are on the top in this list are Bitcoin, Ethereum, Litecoin and many more. Similarly, Dogecoin is in the 40th place and it has a Dog picture on it.

What basically is Dogecoin?

Dogecoin, also known as Doge is an open source peer-to-peer cryptocurrency which began its journey as a joke and it was developed to be a fun currency. It is a decentralized platform that enables users to send money easily via online medium.  It was named after the Shiba Inu “doge” meme. Slowly it was grown in values and became popular among thousands of users and shared as a currency by the internet communities.

Let’s have a look at the present statistics of Dogecoin 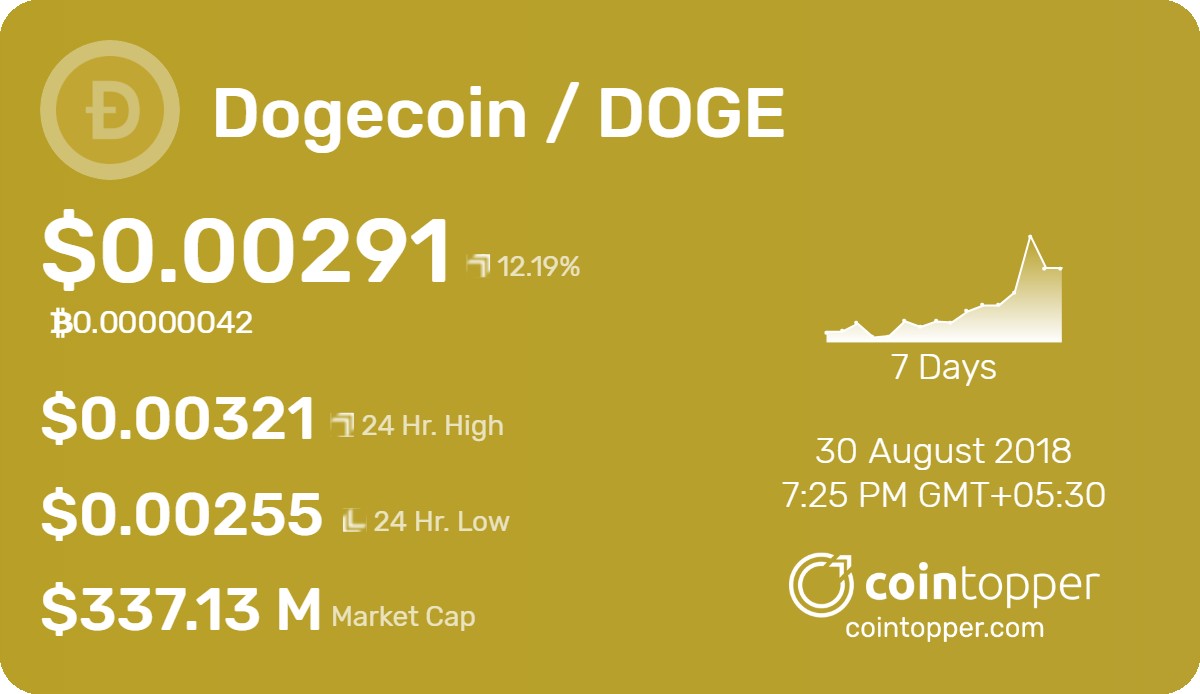 The Team behind Dogecoin

Dogecoin team involves many volunteers and this coin was founded by the person named Billy Markus in Oregon. It was not created as a serious project but no one expected that this coin would be making its place in the crypto world.

It was founded in December 2013 and later in 2014 it made around $60 million worth of capitalization. Apart from the original team, it involves a large team of developers in which one named Jackson Palmer who is based out in Sydney, contributed a lot to the development of this coin.

Dogecoin behaves the same way as Bitcoin which means it also works on the decentralized platform and is stored digitally. The main advantage of this coin is that it is sending money with a minimum effort and maximum simplicity. It was created for fun but it got positive user response due to which it has built a community with their support.

Dogecoin uses Scrypt algorithm. Under this algorithm also, like other cryptocurrencies, miners are getting rewarded in the form of currency, for mining the block of coins. It charges lowest fees for performing the transactions which seek more users towards it.

Advantages of Dogecoin over other coins:

There are many reasons which can be considered in the growth of Dogecoin but the very basic ones include:

- Transaction fees are as low as $0.01 which would grasp more attention of the users.
- Less time in processing the transactions as it takes less effort to compute the computations.
- Very simple to use.
- It provides tips to the users who are providing interesting and unique content on the social media due to which it is famous for Internet tipping.

Where to buy Dogecoin?

Dogecoin is available at the below exchanges, so to purchase it you can choose any of the exchanges mentioned below:

How to use Dogecoin?

To use Dogecoin, a user needs to own their native crypto wallet which enhances the usage of this currency. Apart from that, this currency can be stored on the online as well as offline wallets.

It is preferred to make a small amount of currency online to perform the purchases else better to maintain the funds in the offline wallets just to avoid hacking and stealing of funds from the wallet.

Two wallets which can be used for doing Dogecoin transactions are Ledger and Jaxx.

Users get tipped with this currency when they produce unique content either its some art or any post on social media. These tips are getting added in the user wallet which can be later used to buy product/services or to tip other users.

Like stocks and funds, a user can buy Dogecoin by expecting the rise in the value of the coin.

A user can buy any product and services in exchange for this Dogecoin because it is the easy form of payment method. Most of the online platforms are providing plugins to accept the Dogecoin as payment instead of USD, EUR as payment for the exchange of goods and services.

The Future of Dogecoin

The only difference between Bitcoin and Dogecoin is that Bitcoin is capped with 21 million productions whereas, for Dogecoin, there is no cap limit decided on the amount of production.

Thus at the end, It would be interesting to know how will this currency do in the coming future though it does not have that fancy features like other currencies, but due to its user-friendly features and not serious behavior, It is the one who is able to make prove himself different from the other available cryptocurrencies. It is still rising and growing every single day.

Also read: What is Dragonchain Coin(DRGE)?