What is ICON(ICX) Coin? - Everything you need to know

Nowadays, everyone is following up on Cryptocurrency as it is the biggest thing after the Internet. There are many cryptocurrencies available in the market those are currently in use such as Bitcoin, Ethereum, and Litecoin etc. and in which people are investing in to get the higher return on their investments.

One among those is ICON coin which using the token as ICX. It is a South Korea-based project which aims to “Hyperconnect the World”. It is the blockchain platform where all other platforms can connect such as Bitcoin, Ethereum, NEO etc.

What exactly is ICON Coin?

Icon coin is one of the largest decentralized networks which provide a massive platform that allows various blockchain communities to interact with each other all over the world via smart contracts.

It connects people from different industries such as financial, insurance, healthcare, educational and other similar industries to connect over a single network and perform the transactions by using ICON’s loop chain technology. 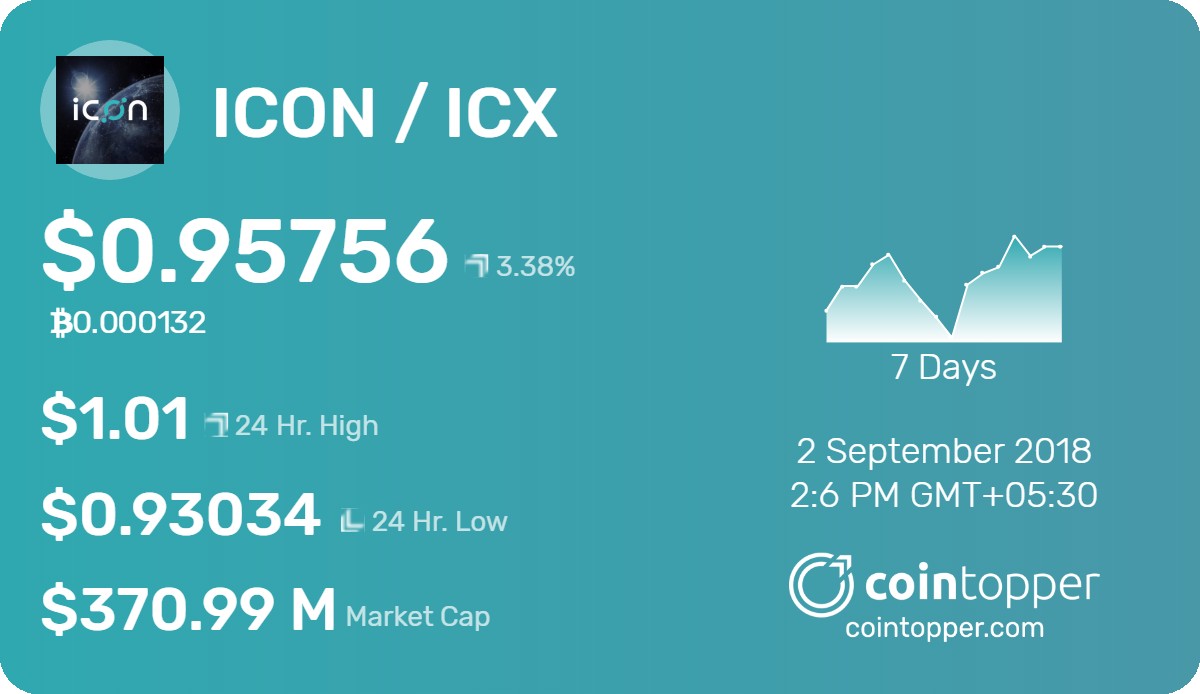 The technology behind ICON coin

It was developed in python to test faster but later on, to increase the transition speed they moved to C/C++ language.

What problem does ICON coin solve?

Basically, ICON coin uses the Artificial intelligence (AI) for distribution purposes and their aim to reach their goals via implementing AI to achieve full-time decentralization. Thus for that, Dayli Intelligence developed the algorithm named as DaVinci AI.

Also, this coin supports DEX (Decentralized exchange) which allows different currencies to link independently. For knowing the exchange rates, they use the Banner Protocol.

Thus, to connect they use Loopchain technology which is based on smart contracts which means if criteria are met, it allows to perform the transactions automatically.

The operations or the transactions performed on this platform are paid via ICX which is considered to be Cryptocurrency token for that platform.

All the blockchain communities interact via ICON republic which provides the way to communicate with each other. Apart from this, each blockchain has a C-Rep which acts as a representative that handles the transaction discrepancies and these representatives are getting paid for their contribution.

All the transaction on the network is done using ICX tokens. ICON also has DEX (Decentralized exchange) which allocates reserves to each blockchain involved in the network and also it decides which community will get how many numbers of reserves by using different metrics.

Apart from all this, ICON is the platform which is used for Decentralized apps building and distribution an example for that is Ethereum.

The team behind ICON coin

It was launched by a Korean Fintech Company named as Dayli Financial group and it valued approx $4 billion and also they own the popular Korean exchange named Coinone.

They are in the development from last two years and it is available to use from January 2018. It is highly used by universities, hospitals, insurance companies and the number of banks all over South Korea.

Pros and Cons of ICON coin

Several organizations are involved with ICON, one among them is ICON foundation which is a non–profit organization in Switzerland. This foundation will support the community and help them to led the token sale. Though, each coin has some advantages and disadvantages.

Pros of ICON coin are:

- Due to the interconnectivity, it makes an easier transfer of monetary values as well as sharing data between the available cryptocurrencies.
- It allows each community to act as per their systems and policies while connecting to other communities on the network.
- It reduces the involvement of unnecessary intermediaries while performing the transaction due to which transaction costs or fees are also getting reduced.
- It aims to be available for the daily transactions to make effective use of it.

Cons of ICON coin are:

- It might have some issues with the regulations.
- They might get challenges while balancing the loads as they are allowing so many communities to communicate with each other which involves multiple blockchain communities.
- One major issue could be Scalability as in the blockchain platform, everything is verified by other nodes which could be of the limitation for the transactions.

Icon coin is the most upcoming Cryptocurrency projects which use smart contracts and it is supported and maintained by the team of developers, managers, and artificial intelligence experts.

They already have a detailed roadmap available at their website which let the investors know about their future prediction and how they are going to work in the future.

Also, ICON has developed its own blockchain protocol which promotes faster consensus and ensures the finality of the agreement without forking the network and that protocol is called as Loop Fault tolerance (LFT) which is an enhanced BFT 32-based algorithm.

So, it would be interesting to see how it works and how much it is adopted by the investors and who all industries are continuing to invest in these coins in the upcoming future.