What is NEM? - Everything you need to know 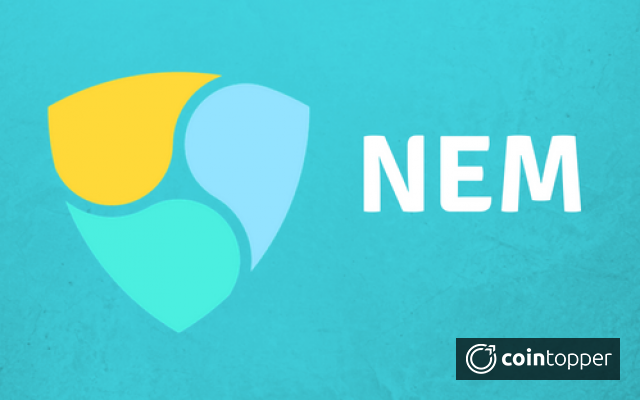 When we think of term Cryptocurrency, there is one name that instantly clicks our mind. The name is BITCOIN! Bitcoin, as we all know, is a digital currency that works on the concept of the blockchain, which is a peer-to-peer platform and so is NEM too.

NEM which stands for New Economy Movement is also a peer-to-peer cryptocurrency which works on the Blockchain Platform. It was founded on March 31st, 2015 and written in java with c++ version. The best thing about it was that the code of NEM was written from the scratch.

The coins of NEM are symbolized by XEM. Currently, at the press time, the value of XEM is $ 0.17762. The other stats are as under: 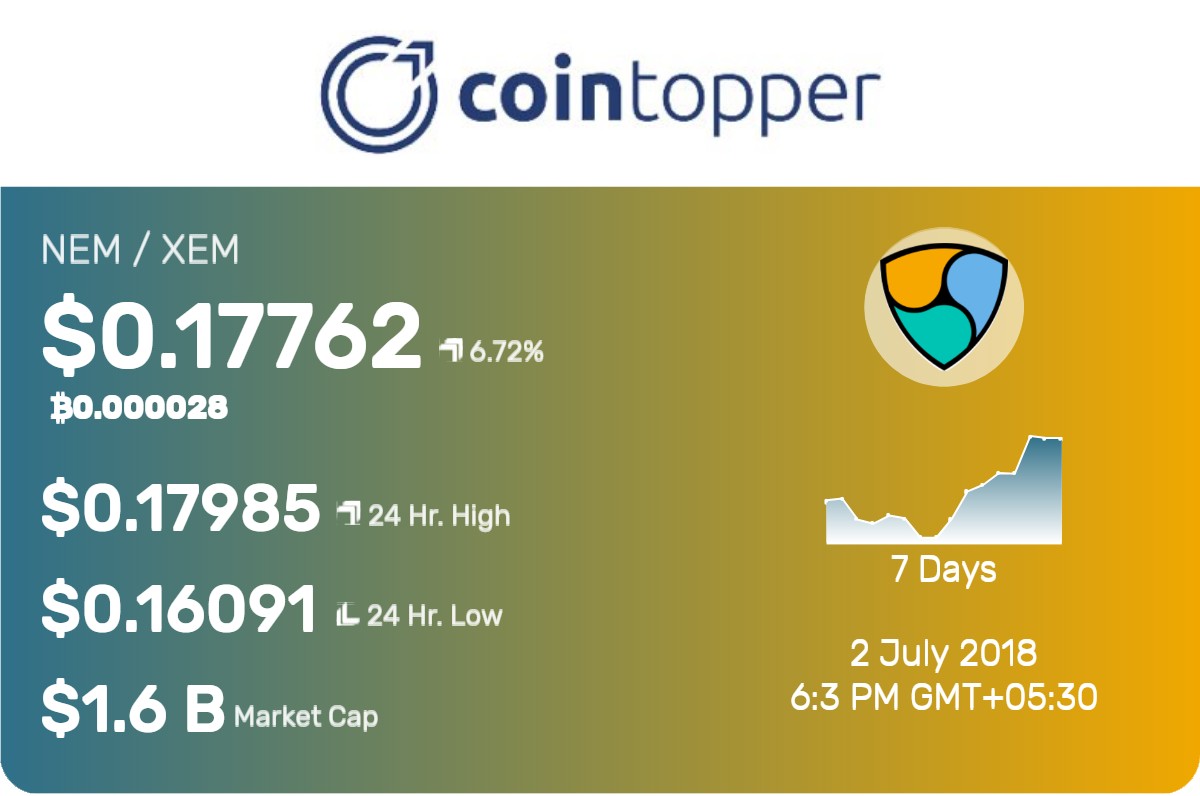 NEM is based on the platform of MIJIN which is a private blockchain and it uses NEM software. It is also being tested by financial institutions and private companies in Japan and worldwide. It has the ability to reduce the banking costs by 90% which makes it more secure.

NEM allows multiple ledgers to co-exist on one blockchain and its goal is to create a community-oriented Cryptocurrency from the ground up.

Consequently, while in an average PoS framework, a client with more tokens would get a greater amount of the blockchain reward or exchange charges than others, whereas, in the NEM Proof-of-Importance framework, it is acceptable for a more dynamic client with a little investment to gain more rewards and transaction fees.

A pervasiveness of decisions for blockchain innovation can have two talk consequences for the development of cryptographic forms of money all in all. From one perspective, the more alternatives that developers have, the more probable their ranges of abilities are to coordinate the requests of producing for the blockchain.

Then again, the more noteworthy partition in innovation and system between decentralized applications, the less potential effect of the systems overall. And that’s NEM as explained in the typical language of crypto.

Now let us throw light on the advantages of NEM. NEM is a very new currency and there are reasons for preferring it.

NEM is still fairly new, and as any cryptocurrency, NEM will also suffer great risk and also will go through ups and downs. There is no possible roadmap which is set as a milestone, so the usage of this crypto may be delayed or some parameters noticed with a change. NEM gives the traders a great expectation however, some speculators are relating NEM as a Sleeping Giant.

It is built from the scratch to avoid the similar traps as Bitcoin had to face. It does not have a goal of becoming, “just another altcoin”, NEM’s future looks full of promises that will make it way more successful. Its getting exciting projects which in turn has raised its value. NEM’s upcoming projects have made this platform make use of its full capacity to trade, not only in cash but also including the resources.

To brief its advantages, the major points are:

2. NEM introduced the concept of "NAMESPACE":  Namespace is an asset that resembles a domain name framework. It is used to generate output and also the subdomains for the organizations.

3. NEM has invited various new projects that increase its demand as well as esteem. And a high-esteemed crypto has certain advantages!

In the rivalry of roughly 1800 above cryptocurrencies, each coin needs to offer something exceptionally special to the users to survive and keep up a fair market capitalization.  Since the start of this current year, the most well-known cryptographic money Bitcoin has been showing exceptional variance in its cost. Regardless of recovering from such occurrences, Bitcoin has lost the trust of a vast bit of cryptographic money brokers, dominatingly due to its unpredictability.

In the current situation, experienced traders, are slanting towards the Altcoins that are totally free of Bitcoin's impact. NEM (XEM) absolutely has a place with that gathering of Altcoins which have figured out how to anchor market top by offering something totally new to the merchants.