What is TRON? - Everything you need to know 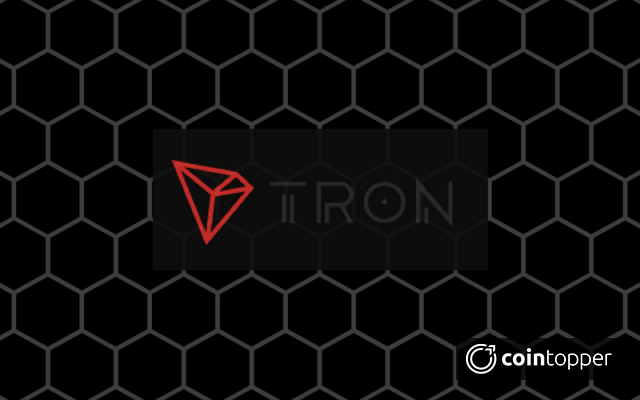 Here we come up with the next cryptocurrency guide - TRON!

So very first, let's know What is TRON?

Tron is basically a kind of DApp that is decentralized application and smart contract platform which works on the technology of blockchain. Blockchain, as we all know, is a public ledger that records all your data that you store in it. The blockchain is such a technology that is based on peer-to-peer transfer or transaction. It clearly eradicated the role of middlemen.

In 2017, a non-profit organization called The Tron Foundation invented Tron. A very passionate man, Justin Sun who is the CEO, guided the company and Tron was invented. Sun who is also the founder of a chat app is listed on the on the Forbes Asia 30 under 30 . The company works on the principles of Sir Tim Berners-Lee—the inventor of the World Wide Web. Berners Lee believed that instead of focusing on profits for specific groups, helping people should be the main goal.

If you are a maker of digital content then TRON's open and decentralized platform will enable you to remove agents or middlemen, for example, the Apple Store and Google Play Store. Content makers will in this way have the capacity to get finances directly from the buyers.

At present, a considerable amount of client information and data is controlled by a couple of enterprises like Google, Facebook, Amazon, and Snapchat. TRON allows transferring of the control of data and traffic by the developer himself. You become the controller of your data and you can only decide the flow of it.

Tron focuses on providing the free flow of the data which is not controlled by someone else other than the owner or the developer.

Tron basically works for the benefit of the content generator. With the help of Tron technology, you can post your shareable content on the blockchain and get rewarded directly.

Tron creates a way through which personal is issued which has the ability to distribute digital assets.

The Tron was invented with the idea of sharing the content in the blockchain way that is peer-to-peer. It eliminates the role of a middleman. Tron has a full proof plan that will be implemented in the coming years making it more flexible.  It has various planned phases. The current phase is EXODUS.

EXODUS: The very first phase which focuses on the free flow of data. It basically creates a reliable platform for the circulation of the documents. It started in August 2017 and will last up till December 2018.

ODYSSEY: This is the second phase of Tron. In this phase, monetary motivation will be added, which means that the contributors will get a return on the content they submit. This will encourage the creation of the content and help in building the system.

GREAT VOYAGE: This is the third phase of Tron where an emphasis on individual and individual ICO abilities tending to issues identified with paying profits, overseeing supporters and estimating salary.

APOLLO: In the fourth phase of Tron, the concentration changes to the free development of significant worth and will present the capacity for content makers to issue their very own tokens (the Tron 20 token).
STAR TREK: In the fifth stage a decentralized, web-based gaming stage will be created that can be worked by engineers freely. This will encourage the expectation of market capacities, completely self-sufficient gaming and activity.

ETERNITY: engineers will be able to set up and crowdfund their game which they developed easily. This will give users to invest in games of their interest which will in turn influence the market of gaming.

What are the advantages of TRON?

You get the ownership of your own data and the content that you create. This is the most appealing factor in the innovation of Tron. Also, it is very fast. Justin Sun’s big idea has got a great support because of the much higher transaction rate. The transaction per second(tsp) is 10,000 which is much higher.

The transaction fees of Tron is ultra-low which is very much equivalent to zero. Isn’t it amazing that you don’t need to pay any commission for the currency

If you are a user and want to create shareable content on the blockchain then you can have your personal ICO as you have the digital assets.

Tron is such a great and innovative platform that it has the ability to support a wide range of dApps covering various users. Because of this feature, there is a huge fund that is in support of the Tron.

Tronix(i.e the coin of Tron) is accessible on an extensive variety of online trades. At present, there are just a couple of trades that change over fiat money specifically to TRX. These trades are YoBit, BitFlip, and Coinnest and enable clients to purchase TRX with USD, EUR or KRW. The current trend of TRON is depicted below:

Trx can be purchased by bitcoin or Ethereum also. But the most popular exchange is Coinbase. You just need to sign up.

To conclude, I would like to tell you Tron is the most beneficial crypto up till now. Tron encourages content writers to generate shareable content with the advantage of having a control over it. There is no middleman to take away your credit as a content maker.

If you are a developer, Tron has many advantages for you as well. Tron is being built in a way that permits the use of any high-level language for smart contracts. It means that you can get a support to the language of your choice that will be used in building the open-software design.