A Group of Scammers Impersonated The Prime Minister of Malta, Joseph Muscat In Bitcoin Scam 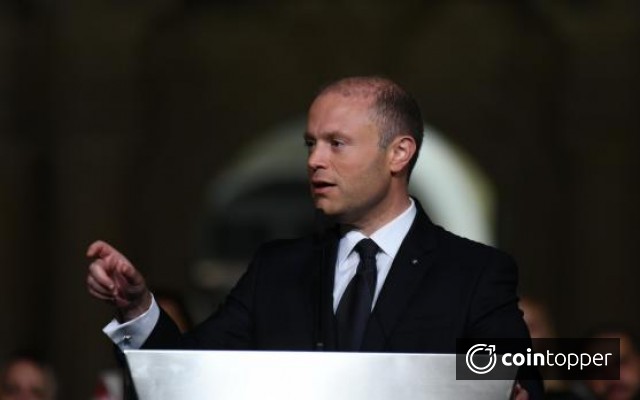 The Prime Minister of Malta, an open supporter of cryptocurrencies, was impersonated by a scammer who utilized his name and identity to make a fake Instagram account.

Malta state has executed different measures to encourage the use of cryptocurrency and blockchain technology and welcome the businesses that are in this industry.

Due to this, popular exchanges like, Binance and OKEx have chosen to migrate their organizations to this little island state. According to Morgan Stanley, the country was globally leading in terms of cryptocurrency trading volume in April.

The head of the Malta Banker's Association expressed in a meeting that blockchain was a "banker's dream" while Prime Minister Joseph Muscat regarded cryptocurrency to be "future of money."

However, the current reports offered by the Malta Independent, a group of scammers impersonated Prime Minister Muscat by making a fake Instagram account utilizing his name, to promote a Bitcoin investment scheme.

The media report expressed that an "industrious and seemingly Chinese conman" made the fake Instagram profile and asked its followers to contact a specific Wang Wei for a Bitcoin $6744.14 +0.1% investment plan. The plan guaranteed its investors an "enormous return on investments within a month’s time."

The genuine record of Prime Minister Muscat is trailed by 15,000 Instagrammers, includes a blue checkmark, and its bio page expresses that the account is managed by the Labor Party.

It is yet not known who precisely made the fake account for Prime Minister Muscat. An Instagram account connected with Wang Wei was additionally made, and it as of now has only six posts.

Numerous cryptocurrency scammers have made utilization of bots and fake media profiles to trick individuals and take their cash in their investment plans and crypto giveaways, while others have impersonated the famous names or companies to promote their scam.