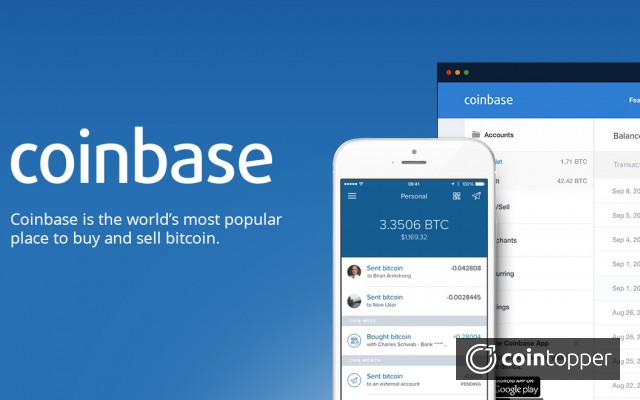 Ethereum Classic is now a part of Coinbase. This new buying option has been now added and the customers have got yet another way to trade or make transactions.

The launch of Ethereum Classic was announced in July but the implementation is done after the Coinbase took its time to implement their ideas regarding the newest addition. Last year when Bitcoin Cash was added they faced quite a few criticisms. Allegations of insider exchanging drove the organization to investigate this incident which saw benefits and wild price variances for Bitcoin Cash directly after its expansion into the trade. It later presented a structure for including new tokens.

Ethereum Classic was originally launched in 2016 after the major hack on The DAO which was a fundraising vehicle for the project. The Ethereum Foundation then created a new version that saved the lost funds. The value of Ethereum Classic spiked by 20% according to the last month’s news.

But today as per the statistics by cointopper.com, the value has fallen down by 2% over the last 24 hours.

Coinbase has now made an approach to add more cryptocurrencies in its list. The addition of Ethereum Classic takes it to five tokens namely- Bitcoin, Ethereum, Litecoin and Bitcoin Cash are the others but that will be going through a change this year.

Dan Romero, the head of Consumer business at Coinbase stated in a blog,

“We hear your requests, and are working hard to make more assets available to more customers around the world.”

Last month the organization announced that it is “exploring” the addition of another five tokens while at the recent TechCrunch blockchain event in Zug, Balaji Srinivasan who is the CTO gave a hint in the interview, that the selection would grow further.