Cryptocurrency: Proof of Work Vs Proof of Stake 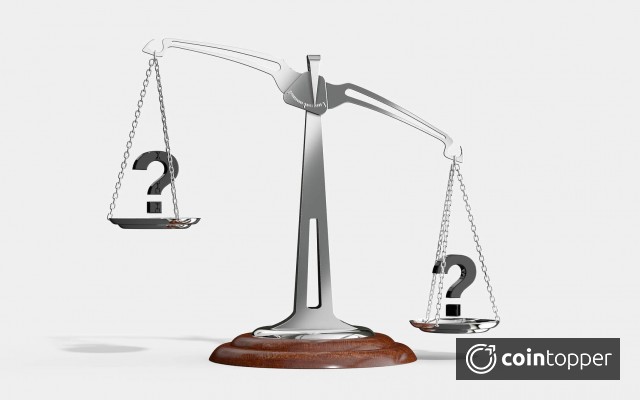 Prerequisites: Basic knowledge of Blockchain technology and cryptocurrencies.
However, if you’re new to the segment, I would highly recommend you to go through this article or if you want to have a detailed understanding on the subject, then refer – Top Free Online Resources to Learn about Cryptocurrencies
Before getting into the differences, let’s get the basic terminologies coined.

What is Proof of Work(PoW)?

Proof of Work(PoW) is a mechanism(called Mining) used by miners to verify the happening transactions on the blockchain network and earn rewards in the form of cryptocurrencies.

Mining is a procedure of approving a transaction or block in a system by the procedure of complex algorithms to demonstrate and approve the accuracy of the transaction and subsequently add the new block to the chain. It also avoids the risk of double-spending (i.e. only one of the two simultaneous transactions will achieve consensus).
In simpler terms, when a transaction is carried out, it is stored in the block. This transaction in the block needs to be verified by the miners to check whether the transaction is a legitimate one. For this, PoW algorithm is run by the miners and the very first miner to solve the complex problem receives the block reward and the verified transactions are stored on the public blockchain.
The whole process requires a great computation power and energy in terms of resources required. This spending of energy also called the process of Mining is done by the nodes, which are known as miners. They are the ones responsible for verifying the transactions. The energy wasted in this process is sometimes even greater than the rewards earned.
Along with the Bitcoin blockchain network, PoW is also being used by other blockchains such as Ethereum and many more. However, Ethereum had been planning to move from PoW to PoS based system.

What is Proof of Stake?

Proof of Stake is also a mechanism with the similar purpose as that of Proof of Work but it validates the transactions by deterministically picking the maker of the new block based upon his assets which are termed as ‘stake’.

In the PoS system, there is no block reward instead of the chosen maker(commonly called as Miners) of the block, charge the transaction fees. Hence, such miners are also known as forgers.
The first cryptocurrency to use PoS based system was PeerCoin in 2012 with many other coins like Nxt, Blackcoin, Nav coin, etc.
The founders of Ethereum have finally come up with Ethereum’s Casper – a PoS based finality system. It is said to be taking the form of a hybrid PoW/PoS system.

Coins based on these systems:

Now, let’s get to some high-level differences between the two!

Any system today aims to become safer, which is free from the hacker attacks, where the main concern lies on the money or data. The community is still skeptical about who among the PoW/PoS is safer.
In the Proof-of-work based system, the unwanted mediators are cut off as it’s very expensive and it may happen that it takes more money to make the attack than they are willing to steal. Whereas, in the Proof-of-Stake based system, the hackers have to buy more than 51% of the total crypto coins, which isn’t expected to hit anytime soon.
2. Energy consumption and Cost
In the PoS based system, no heavy and expensive hardware and computation power are needed. All you need is a normal laptop or PC with active internet connection. Hence, high electricity is not consumed as consumed by the PoS system.
3. Speed and Effectiveness of transactions
In the PoS based system, the transactions are faster compared to PoW based system. As the validator also has a considerate stake of his assets in verifying the transactions, the risk of fraud almost stands close to null resulting in more loyal transactions.

Both the PoW and PoS based systems have their own pros and cons. The PoS system gives more advantage to the PoW system but PoS system is also facing some issues regarding a small group of people becoming the Validators by owning more stake. Hence, the market acceptance of either system will make things clearer.