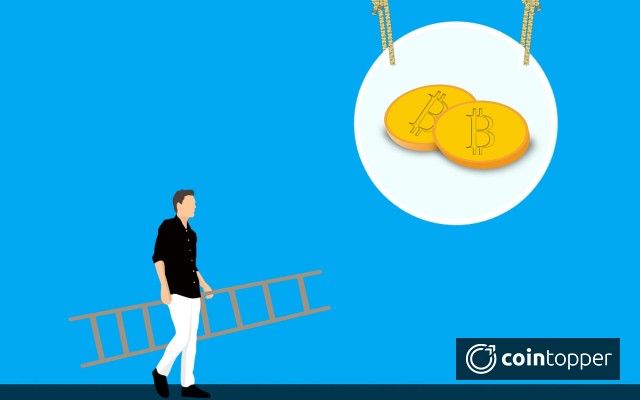 All the crypto lovers already know that Bitcoin ETF has been topping news this year in the crypto world but do you know that there is a similar product that already exists?

The product is similar to Bitcoin ETF and the investors in US markets will be benefited by it as they will be able to allocate more funds into that bitcoin market.

Nine companies have currently applied to the US Securities and Exchange Commission(SEC) to work on the bitcoin exchange-traded fund. Two companies named The Chicago Board Options Exchange (CBOE) and VanEck bitcoin ETFs have the highest probability of being approved by the SEC by early 2019.

Now to explain ETFs, they are tradable instruments that are meant for the public and is listed on the stock market. It allows investors to trades the assets and commodities with their brokerage accounts. They can also invest in copper and gold.

Investors of cryptocurrency sector including BKCM organizer Brian Kelly and Fundstrat expert Tom Lee have said that launching a bitcoin ETF in US markets will adequately legitimize the bitcoin and cryptocurrency market, opening the cryptocurrency segment to a group of investors who were not ready to put resources into BTC, perhaps because of administrative clashes.

Fundstrat founder Tom Lee has also stated that a bitcoin ETF would make cryptocurrency a legal matter as an asset class. However, it is not perfectly true that the traders or investors in the old fiat currency market cannot invest in BTC and cryptocurrencies as a new asset class.

But, last year, an ETN in Sweden operated by XBT Provider has been observed with a significant increase in its volume, which surpassed the volume of 80 percent of ETFs in the US.

Eric Balchunas, an ETF expert tweeted back in December,

“Sweden’s bitcoin ETN is now bigger and trades more than about 80% of US ETFs. It hit $700m in aum today while trading $220m this week (insane #s for Sweden)”

The CEO of CoinShares, Ryan Radloff which examines the operation of the ETN, said that the expansion of the ETN from Sweden to the US is an enormous triumph for the Bitcoin sector. He stated,

“Given the current climate on the regulatory front in the U.S., this is a big win for Bitcoin. Everyone that’s investing in dollars can now get exposure to these products, whereas before, they were only available in euros or Swedish krona.”

Now the Doubt is whether ETN is as worthy as ETF?

Last year, Mark Cuban, who is the billionaire investor and also the owner of the NBA team Dallas Mavericks, said in an interview with Bloomberg that he proceeded his first investment in bitcoin through the XBT Provider bitcoin ETN. He said,

“It is interesting because there are a lot of assets which their value is just based on supply and demand. Most stocks, there is no intrinsic value because you have no true ownership rights and no voting rights. You just have the ability to buy and sell those stocks. BTC is the same thing. Its value is based on supply demand. I have bought some through an ETN based on a Swedish exchange.”

So, ETN has the similar ability and it provides more of the same liquidity to investors in the US markets so that they can freely invest in the bitcoins in the stock market.

What are your views on the Bitcoin ETN and Bitcoin ETF? Let us know in the comments below!