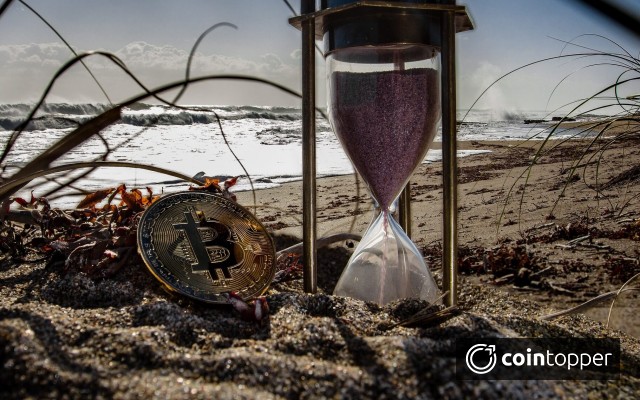 Bitcoin price has been in a bear trend for the last months, and since we started the new year. But in the last days, we have seen and experienced a bullish action in Bitcoin and other alt-coins. People are asking whether it’s a good time to buy Bitcoin. Well, Pantera Capital’s CEO says that that’s a good moment to enter the market.

This is the Time to Buy Bitcoin

According to Dan Morehead, CEO of Pantera Capital, Bitcoin has reached the bottom and that it is a very good time to buy. Talking with CNBC, Mr. Morehead commented that Bitcoin has been growing at 165 percent per year during the last five years.

“Something that’s growing so fast hardly ever gets below its 200-day moving average. When it does, it’s a very good time to buy,” commented Morehead.

During this year Bitcoin has been traded under $6,000 in some exchanges after reaching $20,000 in December 2017, it’s the highest point ever registered.

At the same time, Morehead explained that his investors would still be profitable even if Bitcoin dips as Pets.com did during the dot-com era. Pantera Capital registered 25,000 percent return during its lifetime, even when Bitcoin lost more than half of its price.

During the last month, Pantera has also announced that they were launching a third blockchain venture fund, that will be focused on peer-to-peer transactions, artificial intelligence, and machine learning.

Some experts believe that Bitcoin will keep growing this year and that it will reach new all-time highs. According to John McAfee's tweet, $20,000 dollars by the end of this year, it’s an absurdly low price for Bitcoin.