List of Top Cryptocurrency and ICO supportive Countries in the World 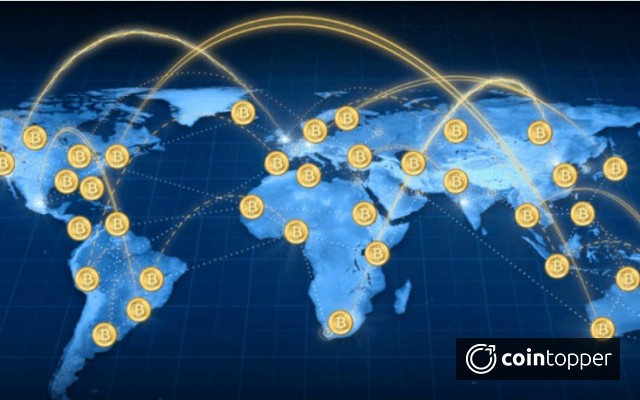 Cryptocurrencies have delighted in some achievement; Bitcoin is presently the biggest cryptographic money, with the aggregate number of Bitcoins right now esteemed at around USD$70 billion. Research delivered by Cambridge University finished up this year that there are between 2.9 million and 5.8 million unique users actively using a cryptocurrency wallet.

The year 2017 has been the year of initial coin offerings (ICOs). This innovative new form of financing that involves issuing a new digital token to early investors of a (usually) blockchain-based project in exchange for bitcoin or ether has managed to raise over $2 billion in funding since the start of the year.

The main reason why ICOs have become the most popular method of funding is that this market segment was entirely unregulated until the summer of 2017. Anyone who has minimum technical knowledge could launch their own digital token linked their existing business or startup idea. So, this is now changing.

On July 25, 2017 - the U.S. Securities and Exchange Commission (SEC) was the first financial regulator to issue a statement about initial coin offerings regulations.  From that point forward, a few different nations have taken the action accordingly.

So, let’s have a closer look at the Cryptocurrency & ICO Regulations by the different countries, below:

In Canada, the company needs to reach out for the regulatory guidance at the beginning itself before conducting its sale and when a business plans to raise the capital from these sources, it has to consider the Security as the foremost priority.

In Singapore, MAS issued a statement in December, asking the investors to make decisions “with extreme caution” and understand the “significant risks” involved in the crypto market. However, MAS also clarified that it “does not regulate cryptocurrencies”, expressing its neutral view for the crypto sector. But Singapore highly encourages the 'Fintech Industry' and till date, a maximum number of ICOs have been successful from here.

The Isle of man which is a self-governed island off the coast of the UK is reflecting new regulatory norms in favor of ICOs, which are opening the doors for the blockchain startups to launch AML and KYC compliant token sales. Though it is not yet confirmed but will be soon available to the public.

The United Kingdom is famous for being a 'fintech-friendly' country and they view the digital currency in a positive way instead of considering it as a threat to the financial system. However, they warned their investors regarding the unregulated nature of ICOs. The FCA (Financial Conduct Authority) issued a statement warning and highlighted the risk of the ICOs. They mentioned - 'you should only invest when you have experience or are confident in the quality of the ICO'. The United Kingdom is always a friendly country towards Bitcoin and Ethereum.

In the United States as well, the statement issued regarding the risks involved in the ICOs.  As per the announcement made, the digital token that acts as a security of the issuing company would fall under U.S. Federal securities law from now onwards.

In Switzerland which is the most Cryptocurrency friendly country in the world and considered as a home for leading blockchain hub called the Crypto valley. Under FINMA, the statement issued that they will identify the ICOs who fall under their regulatory scope and to crack down on fraudulent token sales.

Still, there are many user-friendly countries for Bitcoin like Netherlands, Denmark, Japan, the United Kingdom where ICOs are still having chances to grow further. They are issuing the statements and passing the acts which are in favor of ICOs and which provide security to the investor who planned to buy this new token in exchange for their cryptocurrencies.

There are few countries in the list that are in a race to be in the first place in the crypto world. One among them is Estonia which is the smallest European country which aims to be at that place. They are already digitalizing their government services using blockchain technology by using Bitcoin currency and even currently considering to launch their own ICOs to raise funds.

Many countries started using blockchain in public sectors such as Slovenia.

In Denmark, cryptocurrencies are used freely without paying any taxes. They are trying to become a Cashless country, so people prefer to use new technologies and e-transactions. Thus in such case, Bitcoin got the chance to become popular and to become daily usage currency among people.

In the Netherlands, they own a Bitcoin Embassy which is in Amsterdam. Their aim is to spread knowledge about Bitcoin and the entire Cryptocurrency system.  So, they have Bitcoin Coffee and restaurants where people can pay via Bitcoins. Also, they have the people available in their restaurants to help the customers regarding crypto currency-related issues.

Hence, Many countries around the globe have taken initiatives and are issuing appropriate laws to make the ICOs, fraudulent free and secure for their users. They are also coming up with a set of rules to reach the government authority before launching any token sales on their own and enforce them to do KYC for the security reasons.

In the end, Bitcoin and other Cryptocurrencies are getting stronger day by day and are greatly helping the world become a ‘Cashless’ Economy.