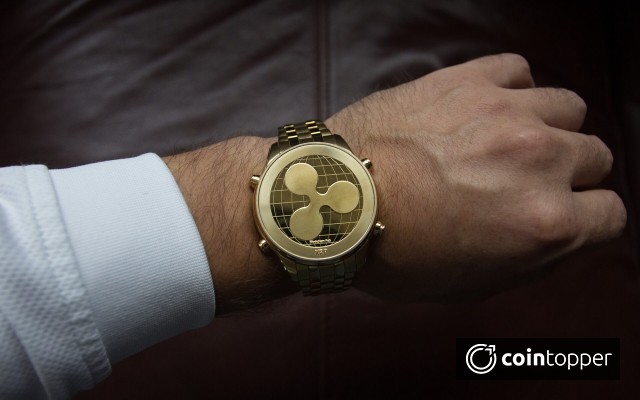 Sagar Sarbhai, Ripple's Head of Government and Regulatory Relations for APAC and the Middle East, recently revealed some information about XRP's connection with banks at a Fintech conference.

Sarbhai referred to the matter of XRP being piloted with around 12 banks worldwide even before the xRapid product was launched. He stated:

“In 2016 what we did was we piloted with 12 banks. These 12 banks were based across regions across the globe and they did not have prefunded relationships with each other. and what we did was we gave these banks some XRP and asked them to settle within themselves and it worked beautifully.”

Supporting the above statement, a tweet was made by Steven Diep on September 18:

in 2016, we gave 12 banks some #XRP to test internally and they loved it!!! They wanted to use XRP but they couldn't because a lack of regulatory certainty.

At that time, XRP fitted well in cross-border payment usecase, however, a system was required for allowing the banks to utilize it due to the regulatory issues back then. Such issues were faced by the banks as per Sarbhai. He remarked:

"[They said] we would love to adopt it but we cannot, because there are capital requirements and regulatory uncertainty. So they said that its volatile, [and that] there are no set of regulations, so we cannot hold those assets in our books.”

This led the team of Ripple to come up with an evolved product - xRapid. For driving its mass adoption, Ripple started to partner up with payment providers who showed interest in using xRapid. Sarbhai said:

“That works because they don’t have to hold the digital asset on their books but using the piece of software called xRapid they can actually connect to a digital asset exchange, convert fiat to XRP at that time and XRP to fiat in real time on the other end and that actually happens in 3 seconds so there’s no case of volatility risk as well.”

These were the revelations made by Sarbhai. What are your thoughts on the same?